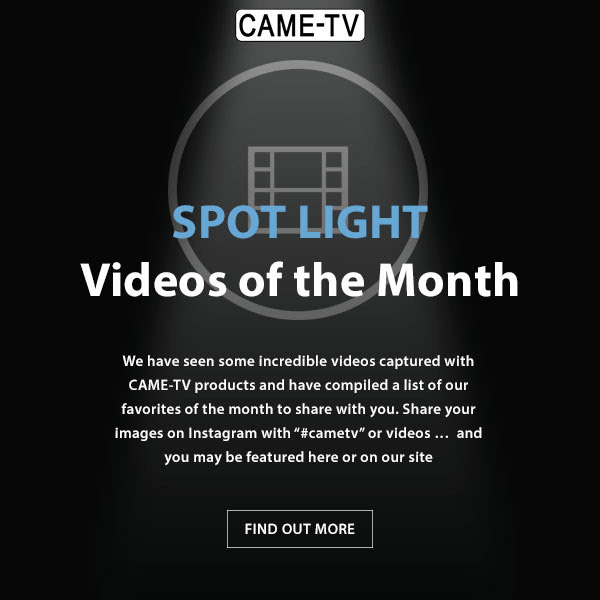 Johnnie Behiri from Cinema5D.com recently posted his first impressions and footage of the Sony A7s II. Johnnie Behiri is a BBC freelance cameraman/editor who also films documentaries, commercials, music videos and many other projects.

In the video above, Johnnie, states that he was trying to squeeze “normal footage”, “lowlight” and “slow-motion” parts into one video." In the moving shots Johnnie used our CAME-TV Single Handheld 3-axis gimbal, with the Sony A7sII and Sony 16-35mm lens, which he said was his preferred gimbal.

"CAME-TV CAME-Single is currently my preferred gimbal. Very easy to use and adjust."

We were honored to find out that he was using our CAME-Single gimbal while testing out the new Sony A7sII with great results. 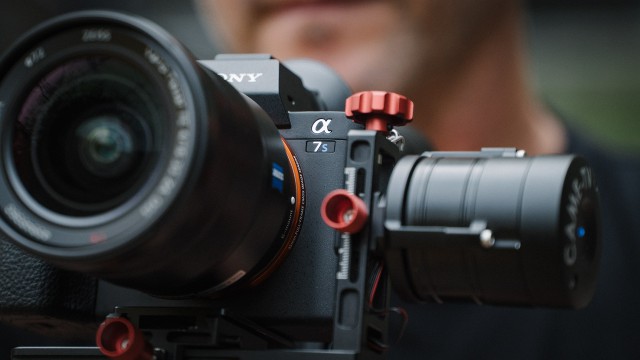 In the article, Johnnie explains the main advantages of the Sony a7SII from the original a7s:

He also explains his most noticeable differences from comparing the Sony a7S II to the a7R II:

For the full article, make sure to check out Cinema5D.com for Johnnie's full impression of the Sony A7s II or CLICK HERE

For more information on the CAME-Single Gimbal click below! 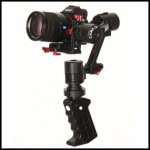 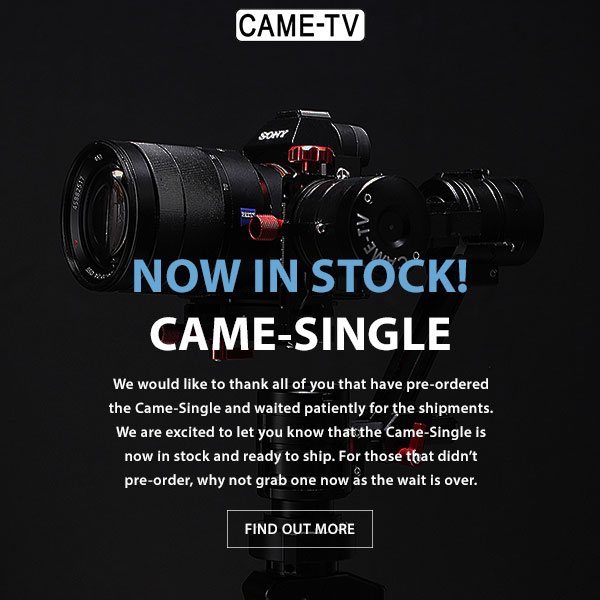 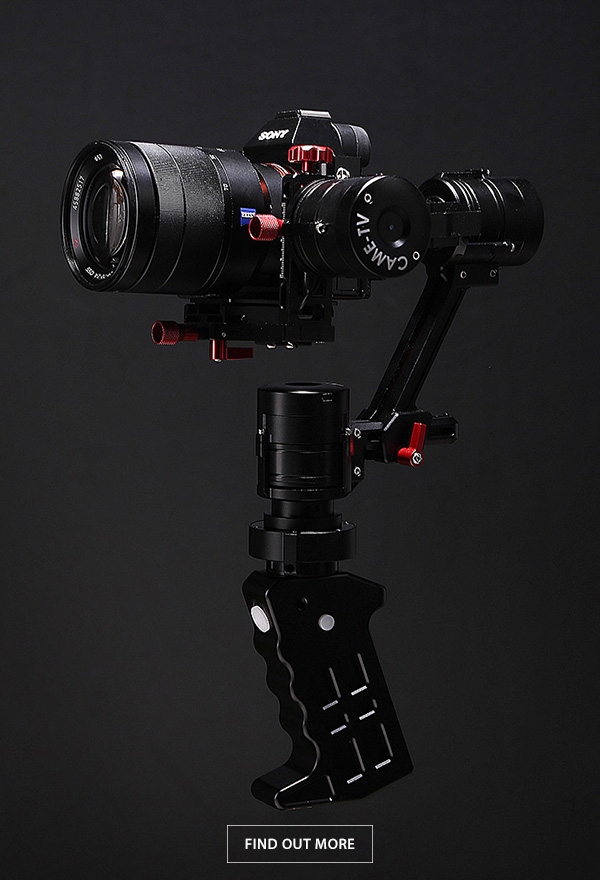 The hike to Half Dome in Yosemite takes several hours and requires us to travel light. I chose the CAME-Single over other gimbals because of its size and reliability. It does everything I need and fits inside my normal DSLR bag. For the video, I used a Sony A7s with a Sony 16-35 Zeiss version lens. The video was shot in one day which took about 14 hours without having to charge the CAME-Single. Battery life was incredible. Scotty Ray. 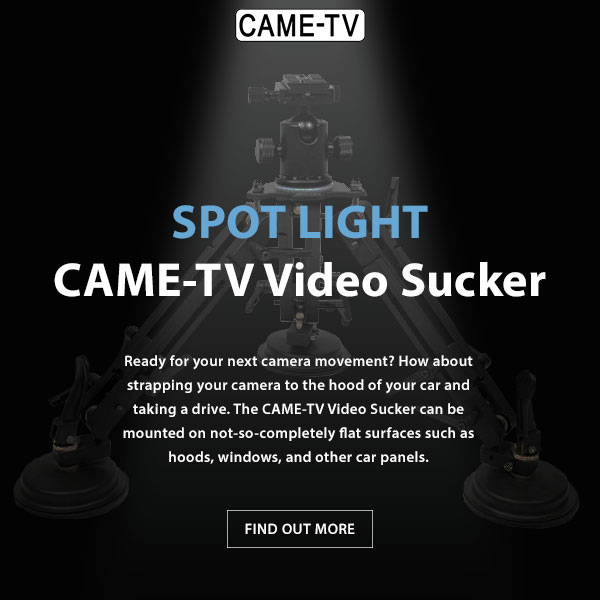 LIGHTWEIGHT AND PORTABLE MOUNTING SOLUTION FOR ANY PHOTO, VIDEO, OR FILM PRODUCTION 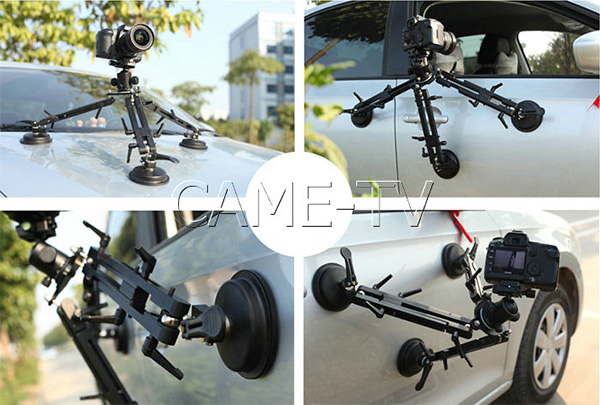 Reviewer Tom Antos does a great review of our 1080P Wireless HD Video System for DSLR video cameras. Tom gives an overview of the product as well as some examples of why a wireless video system would be useful during a project.

This wireless system supports full 1080p HD at 60Hz with very low latency. With simple plug and play, you don't need any extra software to use the equipment. The system can transmit up to 80m/260ft and works best in range line of sight.

Check out the link below for more information on the 1080P Wireless HD Video Transmission. 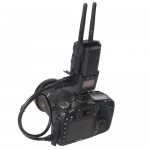 None of our gimbals currently come with a bluetooth module or support bluetooth connectivity with external mobile apps. Trying to install other third party modules into any CAME-TV gimbal may void your warranty.

The CSWR-4 can also be used with the CAME-Single, but must be purchased as a separate accessory.

If you have connected your gimbal via USB, you may need to install the proper driver for your Mac or PC to communicate with the control board which can be found Here>>.

Once you have installed the proper Mac or PC driver and restarted your computer, connect the gimbal, go into the SimpleBGC software, and on the upper left, select the proper USB port, and hit 'Connect'. 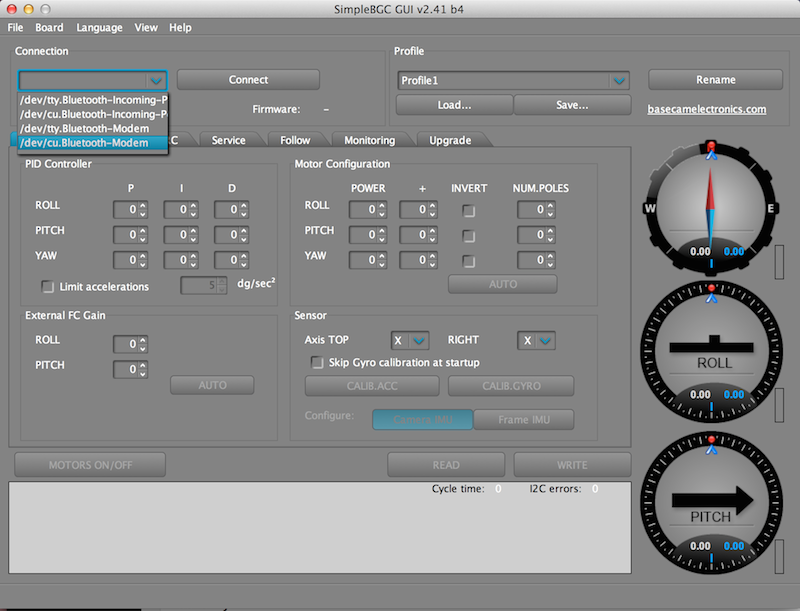 Encoders are often used in Robotics for highly accurate monitoring of motor position. Some of the benefits of using Encoders are to: prevent motors from losing synchronization and skipping steps, provides important information about frame and camera angles, decreases power consumption (longer battery life), increases Torque, increases precision of stabilization, and more.​

Currently our only gimbal with motor encoders is our CAME-Single.

Currently the only gimbal that has the motor encoders is the CAME-Single. We may start to implement these encoders onto newer versions of our gimbals in the future.

The CAME-Single is not able to work in inverted mode because the frame will not rotate properly to support inverted mode.

Click the picture below for more information on the CAME 7500 Gimbal.